This document will provide recommendations and guidance on using static routes on multiple Compute Gateways (CGWs) also referred to as Tier-1 gateways (T1s) in VMware Cloud on AWS. The ability for customers to create additional T1s was added to VMC on AWS in the 1.18 release. These additional T1s can be used for a number of designs including application segmentation, multi-tenancy and overlapping IP addresses. The ability to configure static routes on the T1s was introduced and opens additional network topology options. The static routing feature will be the focus on this document.

When preparing to deploy a customer managed appliance (CMA) in a VMC on AWS SDDC, there are a number of points to take into account to ensure a successful deployment. The first will be the topology selection, specifically considering where the CMA will integrate into the network. 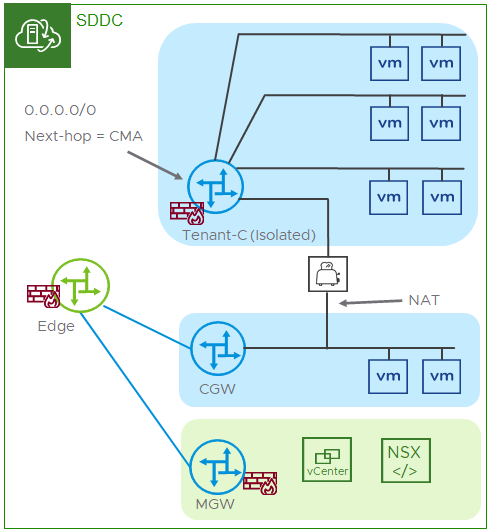 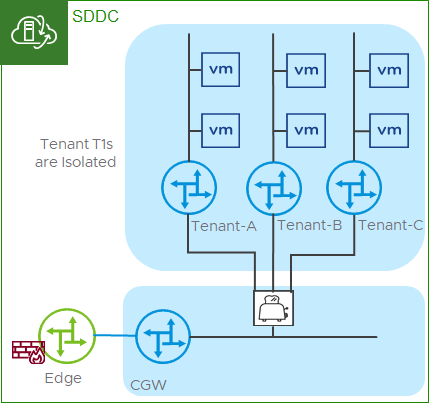 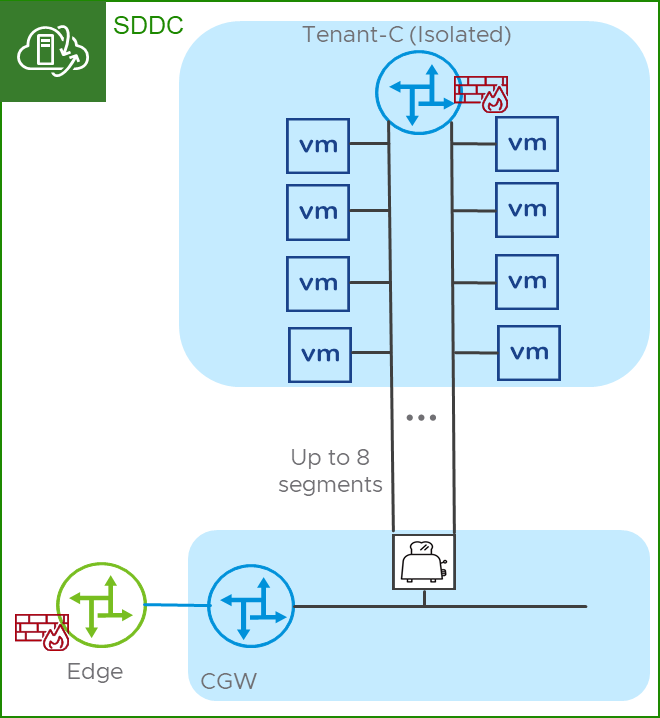 Some additional considerations beyond the topology used include the following topics.

The specific implementation of the additional T1s to utilize this capability can be found in the NSX Manager User Interface. The configuration steps for the recommended deployment from a high level would include the following tasks.

When using a customer managed appliance (CMA) in any capacity, the customer is responsible for monitoring all performance metrics and availability. This monitoring also includes the ESX host where the CMA is running from a memory, CPU, network uplink and availability. Special attention should be taken to understand the packet rates and associated drops that may be experienced due to the volume of the traffic and potential hairpinning.

With the two topologies covered in this document, there are some clear distinctions between observability between them which in turn has an impact on supportability. In the recommended topology, VMware will have observability over the segments and the Isolated T1 where traffic can be observed from the originating guest, across the segment, into the Isolated T1, out of the Isolated T1 to the transit segment and on the vNIC into the CMA ,the “inside” interface. If traffic meets the forwarding requirements in the CMA, VMware support will be able to resume observability on the vNIC of the CMA, the ”outside” interface and into the routed network. This means the only “blind spot” is what happens to the traffic once it enters the CMA. Figure 6 depicts the observability points in the recommended topology.

Figure 6 – Observability in the recommended topology 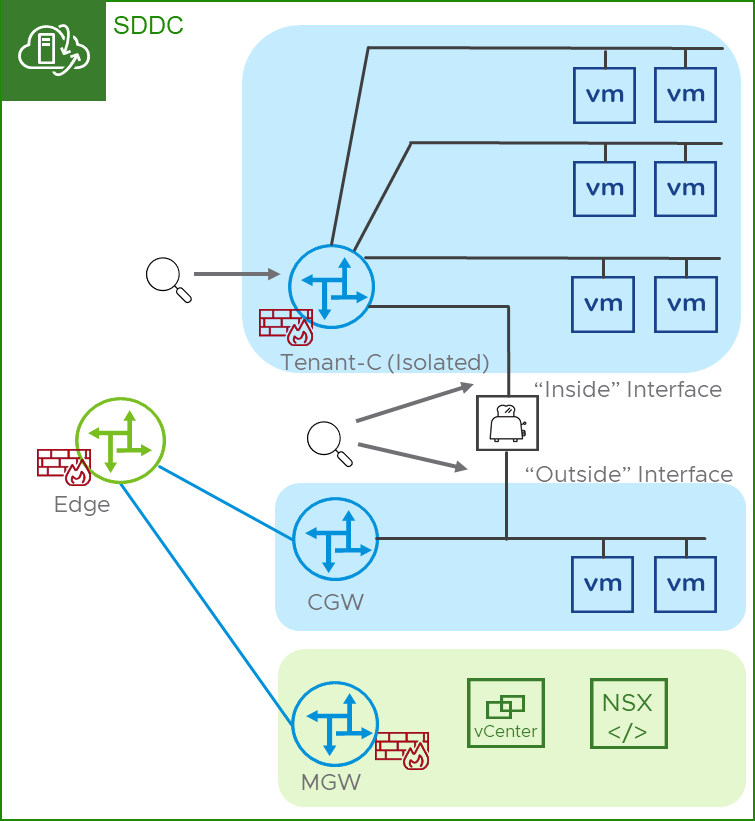 Figure 7 – Traceflow with a CMA inline 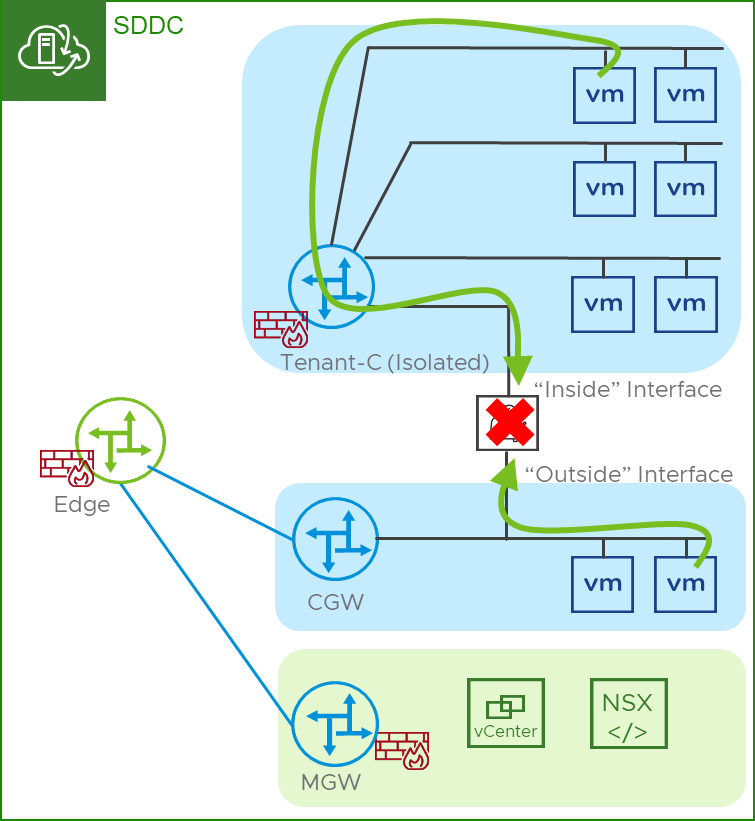 In the CMA as a default gateway model, the VMware support observability is greatly reduced as the T1 is no longer in the path. VMware will be able to see traffic on the vNIC into the CMA ,the “inside” interface. If traffic meets the forwarding requirements in the CMA, VMware support will be able to resume observability on the vNIC of the CMA, the ”outside” interface and into the routed network.

It’s important to note that the observability on the vNICs is facilitated using the port mirroring function of NSX which is intended for limited use in troubleshooting scenarios. Packet captures from the port mirror will need to be forwarded to a destination reachable by the SDDC’s management CIDR for analysis using a packet analysis tool. This is time consuming and labor intensive.

Additionally, the traceflow troubleshooting tool introduced in VMC 1.16 does not operate through CMAs.

With any CMA deployment, the customer is responsible for ensuring their appliance will support the VMC SDDC versions after any upgrades. VMware will not do any compatibility testing for CMAs.

The capability to configure static routes on customer created T1s introduced in VMC on AWS 1.18 opens new networking topology options. Customers who plan to use this for the intended use cases need to take multiple considerations into account before deploying any customer managed appliances (CMA). These considerations may have performance and operational impacts on workloads using the CMA that VMware may be limited in providing support for.