This document provides you with recommendations and guidelines on how to connect your VMware Cloud on AWS SDDC to a corporate network using Direct Connect (VIF).

There are several prerequisites and considerations that you must be aware of before you can start configuring the network.

Refer to the table below for a summary of the use case, considerations, and other details to see if it meets your requirements.

There are many best practices and recommendations to keep in mind when you are planning to use AWS Direct Connect (DX) Private VIF.

Private VIFs are created on the customer’s AWS console under the account and region where the DX is provisioned. When creating the VIF, you must specify to create it “in another AWS account”, and enter the AWS Account ID shown in the Direct Connect page for your SDDC:

Once the VIF is created, it will appear in the “Direct Connect Interfaces” list in the SDDC.

The MTU for the DX is configured on the Global Configuration tab. It will prevent configuring a higher MTU than the lowest MTU of any VIF attached the SDDC. 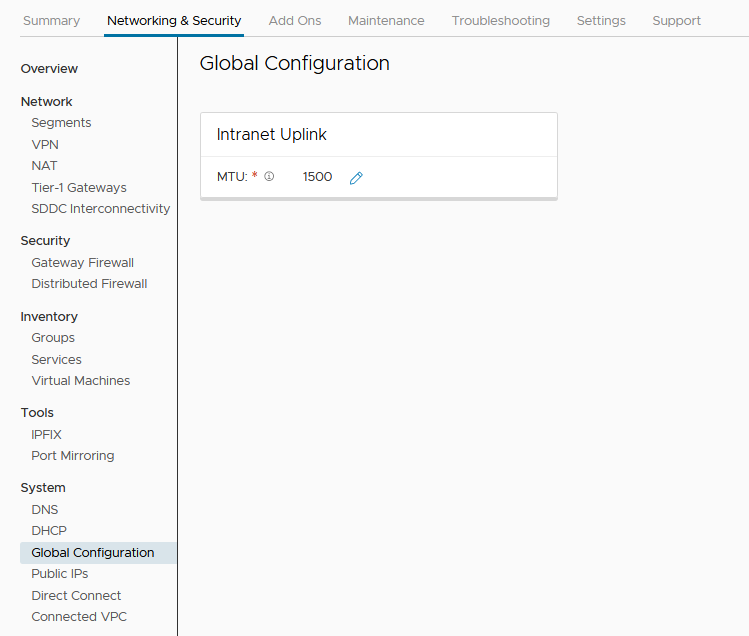